If you love a little pampering, enjoy your golf, tennis, or fine dining, and you enjoy mixing it with nature, then it’s hard to imagine anyone wanting to be anywhere else than spending a relaxing weekend at the magnificently presented Noosa Springs Golf & Spa Resort, where you are assured of being treated like royalty. 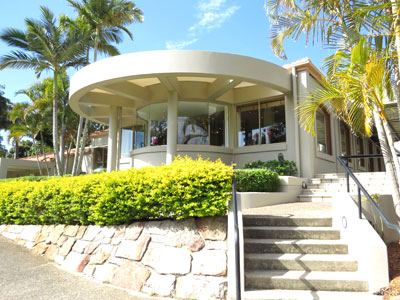 The Invincibles Tour on behalf of their members and junior golfers throughout South East Queensland, would like to pass on their thanks and appreciation to Mark Brady (Executive General Manager) and his team at their beautifully presented Noosa Springs Golf & Spa Resort.

We would also like to pass on our thanks and appreciation to the great team in the Pro Shop, their bar staff, caterers, and ground staff for presenting their course and facilities in magnificent condition, but most importantly, for making everyone feel so welcome.

If you haven’t visited the world-renowned Noosa (Queensland - Australia) or enjoyed a round of golf on the beautifully manicured Noosa Springs Golf Course, which is situated a comfortable ninety - minute drive North of Brisbane, then you are missing out on one of Queensland’s and the Sunshine Coasts hidden treasures.

It's the highlight of our year!

During the day some of our finest young golfers competed for the last Invincibles event of the year – the Gold Cup of Cups – and in the evening we gathered to honour and recognise the achievements of our magnificent Invincibles members.
This year both events – the Gold Cup of Cups and the presentation dinner – were hosted by Noosa Springs Golf & Spa Resort, and were presented in the wonderful manner that we’ve come to expect from general manager Mark Brady and his team.

It is always a remarkable thing to witness the transformation of the boys and girls, pictured above, who contest the Invincibles Gold Cup of Cups Championship, to the polished and assured young men and women who attend our presentation dinner a short time later.

A highlight of the evening was the presentation of the Gold Cup, an event restricted to the nett winners of each of the junior tournaments held throughout the year.

During the evening, we’d heard references to Shyla Singh (pictured below) of the Southport Golf Club, having shot a marvelous six-under-par 66 in the Gold Cup of Cups.

But Shyla plays off a formidable handicap of plus four, and no golfer can give away so many strokes in a handicap event – particularly against such accomplished players – and still win. Or so we thought.

She is, indeed, a credit to her parents, herself and –I’d like to think – to the entire Invincibles Junior Golf Tour, and I can’t wait to see where her amazing talent takes her in the world of competitive golf.

As the function room at Noosa Springs began to fill, it was clear that the juniors and their families were going to make the most of the opportunity to put the problems of the outside world behind them, dress up in their Sunday best, enjoy themselves, whilst supporting their Invincibles teammates.

We were also delighted to have Peter and Leesa Heiniger, Peter Owen, Mark Brady and Ray and Irene Lally with us to celebrate and support the Tour.

The Invincibles Committee, members and guests offered a heartfelt thanks to Mark Brady for hosting not only our Gold Cup of Cups Championship, but also a magnificent Presentation Dinner.

We appreciated the efforts of Noosa Springs’ staff members, particularly Mel Ewing, Dan Chandler, Warren Ellis, and their teams, who always do a brilliant job whenever we visit.

Special thanks were offered to the golf clubs that hosted either a Junior Classic or Open or donated golf vouchers to be used to raise funds for The Tour throughout 2021. They are the backbone of The Tour and it’s their input and support that brings The Tour together.

Everyone who participates on The Tour should take pride and satisfaction from knowing you played a part in bringing the evening to fruition and making The Invincibles Tour an enjoyable and fun environment for all who compete.

To have the evening booked out to its 130-person capacity in record time is an indication that you appreciate the effort put in by a great team on The Invincibles Committee.

The organizations' listed below play a huge role in bringing the presentation evening about and in supporting the Invincibles.

The Committee especially thanks the new owners of Drummond Golf Maroochydore, Ryan and Lisa-Jane Fourie, Sunshine Coast Council, Callaway Australia, Peter, and Jackie Zipf (IGA), Metcash, and Greg Laverty, along with Coastline BMW, who have been unbelievably generous with their time and support over many years.

Even though Ian Baker-Finch (Invincibles Ambassador and Patron) couldn’t be with us he wanted to let everyone know he cared, so he did a piece to camera to wish everyone the absolute best, to the delight of everyone in the room.

Ian told me that he was thrilled to see his IBF Classic thriving the way it is.

Hosted by the beautifully presented Twin Waters Golf Club, the IBF Junior Classic was booked out in record time. About 85% of the entrants played off single figures, with the leading group playing off an incredible combined +12 handicap.

As history shows, The Invincibles Tour has grown from strength to strength, as have our members, largely due to many of those attending the presentation dinner.

During the evening we witnessed the highs and lows of an extraordinary year on The Invincibles Tour and, most importantly, we saw how our boys and girls have continued to grow into incredible young adults.

Invincibles members have a reputation for sportsmanship and for displaying people skills associated with golf. That was certainly on display as the juniors accepted their awards and intermingled with teammates and guests.

It was great to hear from Juhi Rampersad, who couldn’t be present due to exam commitments, but wanted to wish everyone at the dinner all the best.

So did former member Cassie Porter, who had just contested the Women’s Amateur Asia-Pacific championship in Abu Dhabi. Cassie put up a great performance to finish 10th in one of the world’s premier amateur tournaments, with rounds of 69-69-68-74-280 (-8).

Luke Bates (Golf Australia State Manager) also made a video appearance to wish everyone all the best and hoped we all had a successful evening.

Graeme Finn and Judy Patterson, from our men’s and women’s golf zones, spoke encouraging words on behalf of their organizations.

A highlight of the evening was watching Kate McFarlane, Shyla Singh, Adam Van-Dorsselaer and Ben Duncombe being roasted by Peter Heiniger, who did a brilliant job, bringing out the unique personalities of four of our finest young golfers.

Other highlights were Steve and Cathy Wools-Cobb presenting their family’s “Quiet Achiever Award” to a very deserving Lilly Surasen (p1-2 below).

Harry Takis (p3 above) out of action with injury for much of the year, received the Best Team Person Award - again a very worthy recipient.

Maroochy River (p4 above) was named “The Club That Presented the Best Junior Classic/Open”, their Junior Open having included the Rod Pampling and Katherine Kirk Zone and District Junior Championships.

Noosa Springs Golf and Spa Resort’s Mark Brady (p1 below) received the award for The Club That Did “The Most to Promote and Develop Junior Golf.”

Cath Martell (p4) did us the honour of presenting her late husbands and keen supporter of The Invincibles Tour “The Brett Martell Inter-Club Team Shield Award” to the Pelican Waters Golf Club, who won it by the narrowest of margins, one point!

Staunch supporters of The Invincibles Tour, Irene Lally (above) presented the Invincibles IGA Sunshine Coast Junior Masters Jackets and trophies To Shyla and Ben on behalf of Peter & Jackie Zipf.

Nine-hole champions Janie Carroll and Sam Wilson did us the honour of drawing the magnificent Callaway package, valued at about $6000, sponsored by Callaway Australia and Noosa Springs Golf & Spa Resort.

It was won by a stunned Shae Coghlan (p1 above) of Maroochy River, who had the audience in stitches when he thanked his mum for buying the winning $20 raffle ticket.

The Invincibles Tour would like to thank and acknowledge a few other generous people who gave their time, expertise and support leading into the dinner.

We thank Chris Peckham (Source Media) for the fantastic job he did with video photography, and Alexander Lynch for his assistance with photography.

As always, we thank Brad Butcher for generously sponsoring the Coastline BMW Encouragement Award, and Michael Gawne and Callaway Australia for their very generous support of The Invincibles Tour.

Nobody would argue that Frank Schmidt isn’t one of the most generous, kind-hearted, and supportive members of The Invincibles Tour. His input makes The Tour tick, and it gives us immense pleasure to acknowledge his contribution. He truly is a champion in every sense of the word.

Our presentation dinner gave us the opportunity to introduce and thank our Invincibles Committee - Frank Schmidt; Jen Barnes (secretary); Neil Charkow, the man behind your website, Peter Heiniger (Coach and Mentor) and my beautiful wife Marshan Miller, who all work so hard to create a positive and fun environment for our juniors to enjoy their golf.

A huge thanks to Aneka Park and Patrick Quinn (and Tilly) for helping set up and hosting the evening.

A full rundown of award winners and Gold Cup photographs can be found by clicking on the relevant tabs at the top of the page.

The Invincibles Tour and their committee would like to wish their sponsors, members, and their families a very Merry Christmas and a happy, healthy, and fun-filled 2022.