If you haven’t visited the reformed and beautifully presented Peregian Golf Course (Queensland - Australia) or enjoyed a round of golf on their challenging par 72 layout, that's situated a comfortable sixty-five-minute drive North of Brisbane, then you are really missing out on one of Queensland’s and the Sunshine Coasts most enjoyable experiences. To find out more click on: http://www.noosagolf.com.au/

On what was the perfect day for golf, where, Noosa Golf Club had their course and facilities set up magnificently to host the final Invincibles Tour event for 2021, where Amy Hodgkins (Royal Queensland) and Jedd Brady (Virginia) certainly made the most of the conditions to record rounds of 70 and 71 respectively.

Amy’s 70 on the par 73 layout for girls, broke The Invincibles Course record for Noosa (Tewantin) by three shots, that was set by Rhianna Maree-Lewis back in 2016.

Amy (p1 below) and Jedd (p2) both qualified for The Invincibles 2022 IGA Sunshine Coast Junior Masters Championship, that will be hosted by the very generous and supportive Twin Waters, Peregian Golf Course, Pelican Waters, and Noosa Springs Golf & Spa Resort during the last week of the September School holidays (Sunday the 25th to Wednesday the 28th of September - TBC).

Jedd also won The Invincibles Sunshine Coast Course Cup with his brilliant 66 nett. Given that Jedd had already qualified, meant that Amy Hodgkins (p4) qualified for the Gold Cup of Cups Championship that will be hosted by Noosa Springs Golf & Spa Resort, Sunday the 21st of November, followed immediately by The Invincibles Annual Junior Presentation Dinner where all participants of the Gold Cup of Cups are expected to participate in.

The “Brett Martell” Invincibles Inter-Club Team shield points went to Maroochy River with 220 to earn four points for coming first, Noosa was second to receive 2 points with 228, with Headland taking out third place with 236 to earn one point.

This means that Pelican Waters has won the 2021 “Brett Martell” Invincibles Inter-Club Team shield by the narrowest of margins from Maroochy River, just one point, which is quite remarkable given the year we have witnessed.

The Invincibles Tour would like to pass on their thanks and appreciation to the team at Noosa, particularly Allen Harris (Manager) and Rob Upham (Captain) along with Peter Cossins, Jeni Archer, Ev Allan, and James Douris for hosting what was another great Tour event.

The Tour would also like to extend their thanks and appreciation to the team in the office, their ground staff, caterers, pro shop (Scott) and bar staff for not only putting on a great day, but most importantly, like most clubs, for making everyone feel so welcome.

Highlights on the day included: the tee shots from Zoe Brooks, Sam Wilson, Chase Lear and Anthony Robb on the first hole in the 9-hole division, Amy Hodgkins, Jack Armstrong and Bronson Whites up and down from the bunker on 16 for their birdies, Ionna Muir’s bunker shot on the same hole, Janie Carroll’s brilliant eagle on the 2nd hole, and Tom Hutchison’s birdie, birdie finish after a tough day at the office, which were just a few of the many highlights during what was a magical day at Noosa.

If you see or hear of anything special happening at one of our Invincibles events (or any event for that matter) please don’t sit on it, forward them through via text to Graeme so we can all enjoy the moment?

The Invincibles Tour on behalf of everyone that contests junior events, would like to thank Frank Schmidt and Neil Charkow for all the hard work and effort they put into scoring, stats, and our website to help make sure everyone is kept up to date with what’s happening on Tour, which is always very much appreciated.

A special mention of Callaway Australia for very generously supporting The Invincibles Tour on the day and throughout the year.

The winner of the Boys 9-hole division went to Samuel Wilson (Maroochy River – p1 below) in a c/b from good friend and close rivel Chase Lear (Headland – p2) after both boys recorded unbelievable rounds of 33.

The Girl’s division was won by Janie Carroll (Royal Queensland -p3 above) after recording an exceptional round of 34.

It was fantastic to see such a large turnout in the 9-hole division, which one would hope is a good sign of things to come?

If you enjoy your golf and would like to meet new people, travel to some of the best courses that Queensland has to offer and make new friends in the process, you can do so by becoming a member of the fastest growing, professionally run and organised junior golfing programs in Australia “The Invincibles Tour” where our aim is to create an atmosphere that allows our juniors to reach their full potential in a safe, fair and friendly environment……

It’s as simple as clicking on the following link; http://www.theinvinciblestour.org/memberships/join-the-invincibles-tour fill in and email to gmmiller@bigpond.com  where we look forward to catching up and enjoying your company on tour "The Invincibles Tour" throughout 2022. 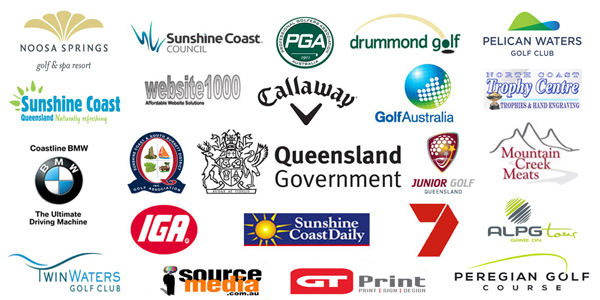