Drummond’s Achiever of the Month 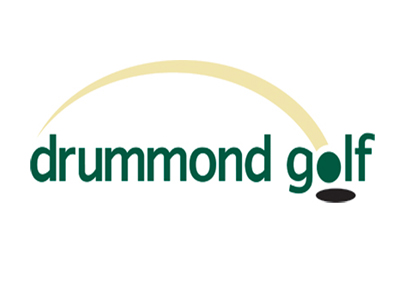 Drummond Golf (Maroochydore) is proud and delighted to sponsor The Invincibles Achiever of the Month Award, where recipients of their Award will receive a $50 Drummond Gift Voucher (18) and $25 (9-hole) to be used in their store, along with a sleeve of Callaway golf balls courtesy of Callaway Australia. The Invincibles Tour want to thank Ryan & Lisa-Jane Fourie and their team at Drummond and Callaway Australia for their very generous support of The Invincibles Sunshine Coast Junior Golfing Tour, where this month’s winner of the Drummond Achiever Award is...............
Liam Dawson (Caloundra) for his outstanding achievement in being awarded the Sunshine Coast Zone “A Grade Pennant Player of The Season Award” which is an outstanding acknowledgement of his golfing ability, particularly when you consider that he was competing against the Zone’s most experienced and extremely talented golfers, both senior and junior, which makes his performances something that he should be enormously proud of.
So, on behalf of The Invincibles and everyone that participates on The Tour, we would like to congratulate Liam on his outstanding achievement, an achievement that certainly makes him a very worthy recipient of the Drummond Golf Achiever of the Month Award for August 2021.
Other Invincibles members that could consider themselves very unlucky not to receive this month’s Drummond Award for August, were, Tyler Quaill (Maroochy River) for winning the boys division of the Wide Bay District Championships at Bargara with a two (2) under par 70, and Kate McFarlane (Bundaberg) who won the girls division with a one (1) under par seventy-one.
There was also, Ellandi Findlay (Maroochy River) who achieved every golfer's dream, when she holed out for a “Hole in One” on the very challenging 101m par three with her trusty 54-degree wedge, whilst contesting the ladies Saturday Comp.
Even though Cooper Field (Pelican Waters) cannot be considered given he is not a member of The Invincibles Tour, it would be wrong not to make mention and congratulate him on his outstanding performance by recording his best ever score, an 80 off the stick (beating his previous best score by 6 shots) that included a “Hole in One” on the 135m, 5th hole into the wind with his recue club, and an "eagle" after playing the perfect sand iron in from 65m out on the 15th at Bargara Golf Club, in the same event as Tyler & Kate above.
As you can see, this award is getting harder and harder to select a recipient given the talent that’s on display and that’s why it is so important to get feedback and support from everyone on Tour, that way we can make a valued and informed choice. Thanks Chris………
The 9-Hole and short course “Drummond Golf Achiever Award” for August. Goes to the very talented Harrison Swart (Maroochy River) for his magnificent performance at the Maroochy River Junior Open (Kirk – Pampling Classic) where he recorded an unbelievable 22 shots over four holes, which was an outstanding achievement.
Harrison, like most of our short course competitors, was also awarded the Drummond Award for his attitude and temperament both on and off the course, which is a major focus of The Invincibles Tour.
If you hold an eighteen-hole Golf Australia handicap and would like to be considered for the Drummond Award or many others that are on offer on The Invincibles Tour, then it is strongly recommended that you get your memberships in now to get the most out of your golf.
Even though we prefer the 9 hole and short course contestants be members, it is not compulsory, as we would like them to grow into the game at their leisure!
To become a member, please click on the link below:
https://theinvinciblestour.org/images/stories/membership_forms/membership_form.pdf
If we could please ask parents and family members, if you know of an Invincibles member that you feel has done something special “it can be at any event” and you believe they are worthy of the “Drummond Achiever Award” then please let us know, because your input will be helping us make the right choices and they will be considered.
We feel, as history would suggest, The Invincibles Tour, The Sunshine Coast and South-East Queensland is the perfect breeding ground for any up and coming or aspiring junior golfer “boy or girl”, would be stating the obvious, but we think it’s fair to say that the best is yet to come, and we would like to invite you to be part of it.
“It is also important to note; that to win or qualify for the Drummond Achiever Award or any other Invincibles awards (except The Invincibles Sunshine Coast Junior Masters Championship) one has to be a member of The Invincibles Tour.” The Invincibles season starts on the 1st of January, through to the 31st of December.
The Invincibles Tour, on behalf of their juniors and families would like to take this opportunity to thank Ryan and Lisa-Jane Fourie “Drummond Golf Maroochydore” and “Callaway Australia” for their continuing and very generous support of junior golf.
There’s no doubt that programs like The Invincibles Sunshine Coast Junior Golfing Tour could ever exist or be the outstanding success it is, without the very generous support from organizations like Drummond Golf Maroochydore and Callaway Australia!